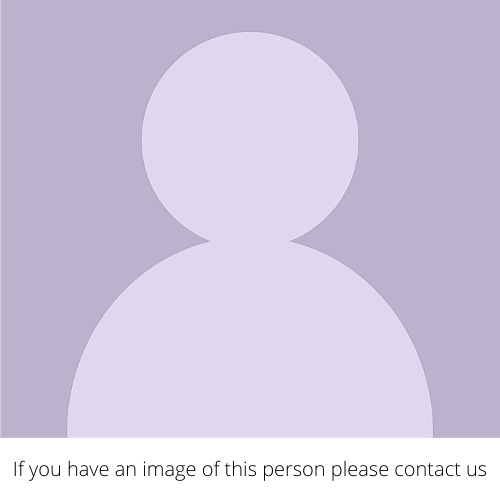 Wool past the winning post : a history of the Chirnside family.

Andrew Spence Chirnside was the larrikin of the Chirnside brothers. Second eldest son of Andrew and Mary Chirnside, he was born at Caranballac in 1856.

Sports were Andrew Spence Chirnside’s overriding passion and like the rest of his family anything that could be done from the saddle was his favourite exercise.

At just nineteen-years-of-age Andrew Spence, or 'A.S.' as he was referred to in the family, was already making a name for himself as a spirited rider. He was winning at the Warrnambool jumps and at other country meetings.

At the Warrnambool races in 1877 he placed a bet of £500 to £5 that he could win six races out of six. He won the first five until his brother Robert stepped in forbidding him to ride the last. Robert rode and won but 'A.S.' lost his fiver.

He was among the sportsmen, who met at Craig’s Hotel in 1875, and formed the Victoria Amateur Turf Club. At their first meeting in Ballarat on 24 March 1876 he won the first race, the Victoria Gold Cup Steeplechase, on the Chirnside champion Sailor. There many more successful races to follow, and several more gold cups to grace the mantelpiece.

Riding to hounds in Ballarat in the early eighties, he took his own pack from Werribee and when the Ballarat District Hunt Club was formed he was the first Master of Hounds.

Like his younger brother John Percy he was also interested in the defense of the realm. ‘A.S.’ formed and equipped the Chirnside Mounted Cadets who drilled at Colac.

After Robert had abandoned his university education he and 'A.S' formed a partnership and together they leased Carranballac and Mount William stations from their father Andrew and uncle Thomas. It would appear however that their pastoral interests were merely to underwrite their other, mainly equestrian activities and 'A.S.' was the most careful of business managers.

The name Chirnside meant that money was easy to borrow, but 'A.S.' just borrowed too much, too readily and his father Andrew and Thomas sought to rein him in. He was banished to Queensland ostensibly to take care of family interests in the Gulf country.

While he was away the freehold of Caranballac was given to Robert. Thomas believed that ownership would bring responsibility and after a short while 'A.S.' returned and took up, roughly, where he had left off. His timing was just right. Uncle Thomas had just bought Mount Elephant and the freehold was transferred to Andrew. Once again the brothers were neighbours.

While he retained his life-long interest in matters of the turf, he also set down to the business of farming and developed a fine stud of milking Shorthorn cattle.

However, he was still filled with the urge for adventure and in 1879, during the Zulu Wars, he went on a big game hunting exhibition to South Africa, accompanied by English journalist Russell King-Hall Apart from the many hunting trophies they brought home,  'A.S.' was honoured by the Royal Geographic Society for the work he did in tracing the distance between Lake Nyassa and Tanganyika.

He also shone a light into the darkest of colonial Africa’s scandals. A booklet, published on his return, detailed atrocities they had witnessed at the Blantyre Mission, and the activities of slave traders whose ruthlessness carelessly slaughtered any native who could not meet their demands. The Church of Scotland was quick to respond to the accusations made by Andrew Spence Chirnside.

He was remembered as a gruff, rather frightening figure, who used to carry a shotgun when out riding to ward off mushroomers. He swore prodigiously when playing polo, so much, that he was fined 2s.6d. for every word by two elderly spinsters who came to watch the play. It is reputed that his fines paid for the Camperdown Club House.

Although Andrew Spence Chirnside was a difficult fellow at times, he was also a generous man, just like his father and uncle had been before him. In the community spirit typical of the Chirnsides he donated £1000 for two wards at St. Andrew’s Hospital, Melbourne and he also donated 600 acres at Berwick for Soldier Settlement which was valued at £11,000 in 1919.

At the time of his death in 1934, Andrew Spence Chirnside was the oldest member of the Melbourne Club and one of the oldest of the Victoria Racing Club. He was buried at the Eastern Cemetery in Geelong.

His only child, daughter Joan, who had married the English novelist Alec Waugh and was living with her husband in England, survived him.

His wife Winifred Grice [née Bowner], whom he had married on 26 April 1893, had been severely injured in a motoring accident and was in a private hospital at the time of his death. She died the same year.

Ronald. Heather B, Wool past the winning post : a history of the Chirnside family, Landvale Enterprises, South Yarra, Victoria, 1978.