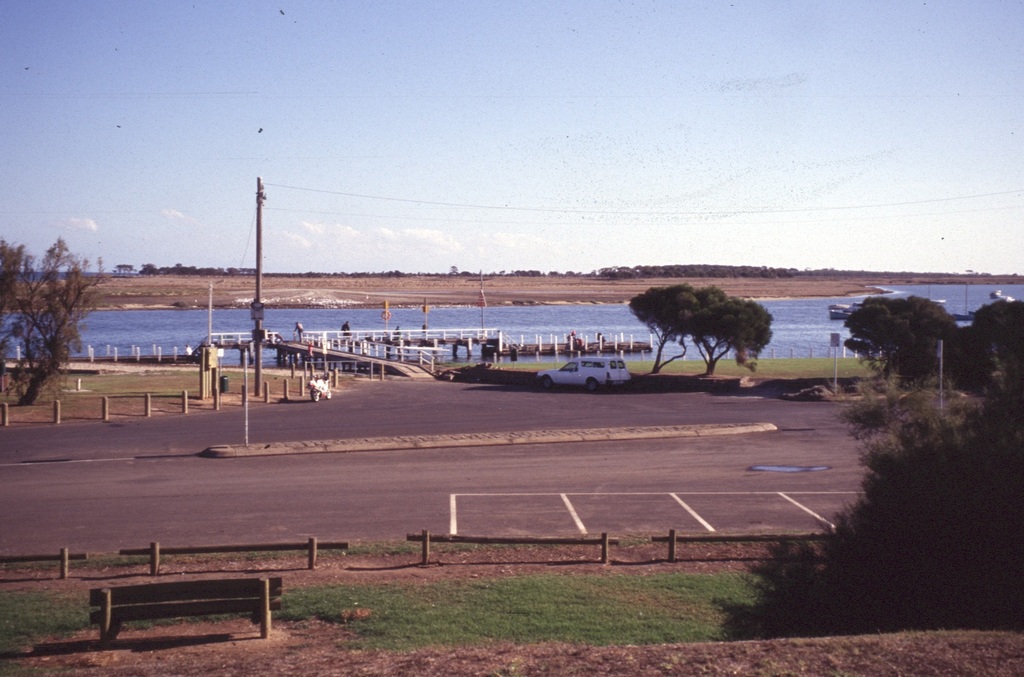 This item has no relations.

A timber jetty as the mouth of the Werribee River, set within a reserve which caters for fishing, boating and general recreational activities.  Mooring for small boats are located close by.

The jetty has been changed and repaired over the years.

Fishing was an important local industry from the 1930s.  Sam Portelli was one of 18 professional district fishermen operating from Werribee Beach in the 1930s.  Others were Bill, Alec and Mick Cameron, and Bill “Piggy” Hughes, who lived on his boat.  There was a jetty on the Werribee South Beach, later rebuilt.  The jetty was used for the unloading of fish which were taken to the railway station and into Melbourne by train.  When the catch was small, the fishermen would sell door to door locally.  Sam sold his fish around the district for a shilling a dozen, buying ice in Werribee to keep his produce fresh.

At a meeting of the Werribee and District Historical Society in July 1978, Sam told of the many adventures, lucky escapes and daring rescues during his fishing days.  This was reported in an article of the Werribee Banner dated 26 July 1978.

During the 1930s depression, Sam Portelli went fishing to help support the family, with his wife Mary running the shop in Diggers Road.