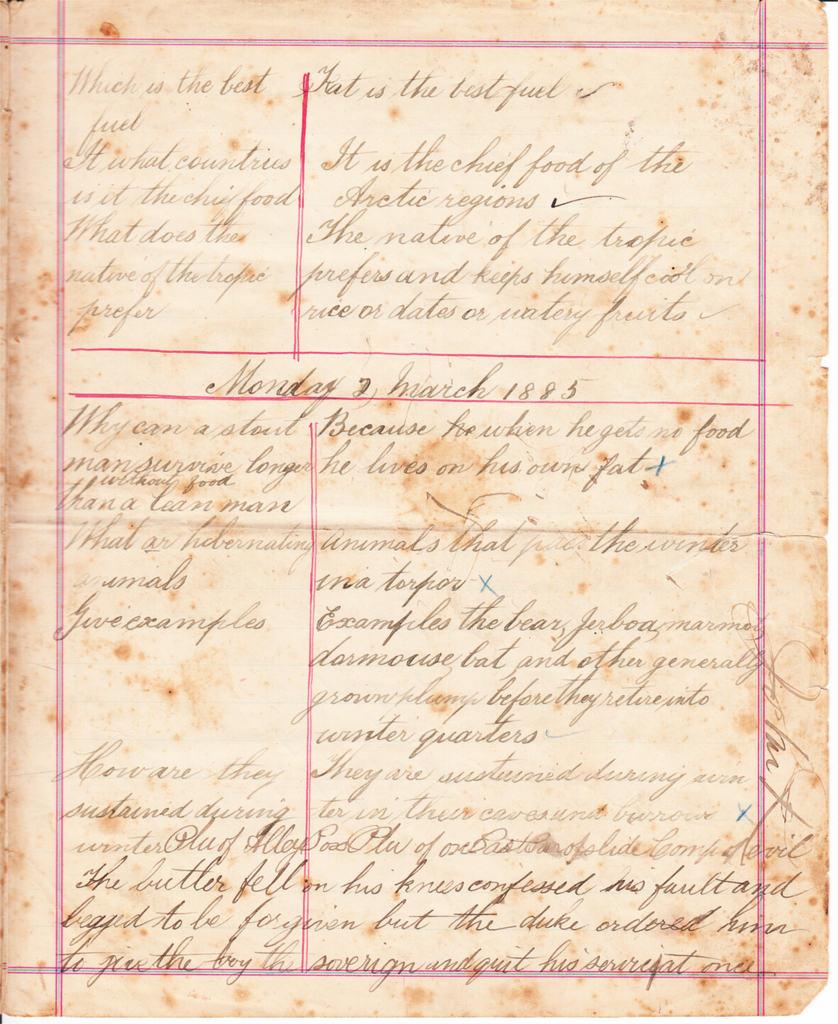 Why can a stout man survive longer without food than a lean man? Because he when he gets no food he lives on his own fat.
What ar (sic) hibernating animals? Animals that pass the winter in a torpor.
Give examples: Examples the bear, jerboa, marmot, dormouse, bat and other generally grown plump before they retire into winter quarters.
How are they sustained during winter? They are sustained during winter in their caves and burrows.

[uncertain of text] the butler fell on his knees, confessed his fault and begged to be forgiven but the duke ordered him to give the boy the sovereign and quit his service at once