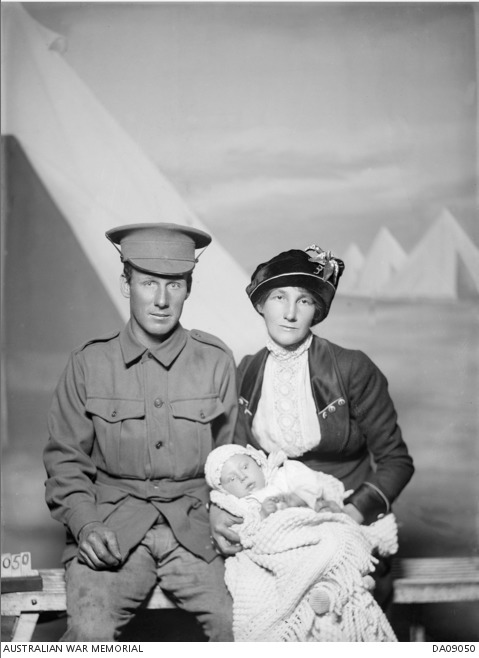 War Service
At the age of 33, George, an engine driver by trade, enlisted at Werribee on 3 March, 1915. Following basic training at the Broadmeadows Camp, he and his fellow battalion members proceeded to join the Mediterranean Expeditionary Force (MEF) at Gallipoli.

According to the battalion’s history at the Australia War Memorial, the 24th Battalion “spent the next 16 weeks sharing duty in the Lone Pine trenches with the 23rd Battalion. The fighting at Lone Pine was so dangerous and exhausting that battalions rotated every day”.

The Battalion was evacuated in December 1915 and by early January found itself in Alexandria, Egypt.

George Swanton was promoted to acting Corporal while his unit was guarding the strategically important Suez Canal Zone in February 1916.

The 24th Battalion – 25 officers and 992 'other ranks' – sailed for Marseilles in France in late March 1916.  George’s promotion to full Corporal was confirmed in April as the unit served near Armentieres.

One the night of the 29-30 June 1916, his war record shows that George participated in a highly successful raid on enemy trenches. The war diary notes that about 20 enemy soldiers were killed and a further five taken prisoner.

He was to become one of three Swanton brothers who were killed during the First World War. The other two were:

George is remembered at the Warloy-Baillon Communal Cemetery Extension (Plot 7, Row A, Grave 11), around eight kilometres west of Albert in the Somme.