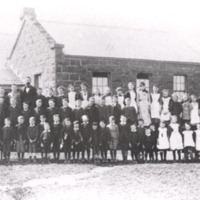 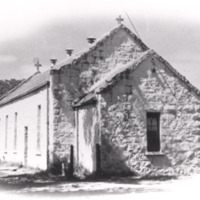 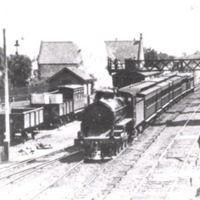 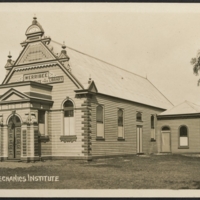 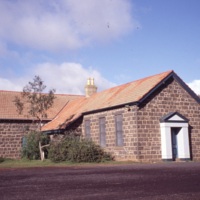 1849 Elliot Armstrong began the building of the Bridge Inn (also known as Armstrong’s Inn - today it is known as the RaceCourse Hotel.

1855 First school was run by Armstrong’s daughter (Ellen) in a prefabricated zinc house built by her father on the Bridge Inn land. The School inspector was happy with the school and recommended the Government contribute to her salary.

1857 Werribee Railway Station opened. First train ran from Geelong to Newport on the 25th June 1857 with 500 passengers in 10 carriages. The Journey took 1 hour and 40 minutes.

A public meeting was led by Elliot Armstrong to raise funds to build a national school - raised £100 of which Thomas Chirnside donated more than half in gold sovereigns. The school opened in 1859. The first teacher was John Baker. Education was not free or compulsory before 1872. It was fee paying. To obtain government assistance and stay open - attendance had to be 20 pupils daily.

1859 First police lockup was built in Synnot Street - 25 troopers were stationed there.

First church built in Werribee was St Thomas Anglican church. One acre of land and 100 pounds was donated by Thomas Chirnside. The first service was led by Mr Rodds. ( the original building still stands behind the church and is used as a church hall. The site also marks where the first house in Wyndham was built in 1851.

1861 On 25 February Wyndham was given town status.

1864 The cemetery opened in Railway Avenue

Offices of the Wyndham Shire opened in a bluestone building on the corner of Watton and Greaves Streets.

1869 The Railway Hotel was built in Watton Street. Today known as The Commercial Hotel.

1883 The Mechanics Institute, a free library and meeting place for clubs built in Watton Street. Andrew Chirnside donated 200 pounds and 400 books to get the library established.

1884 Wyndham was renamed Werribee after a petition to Government was organised by Shire Council. Shire called Wyndham until 1909.

1887 Thomas Chirnside mistakenly thinking he was bankrupt ( this was the time of the late 1880’s and 90’s Economic Depression) killed himself with his shotgun.

1888 The Chaffey brothers plan for the Werribee Irrigation Colony fails due to the depression as they could not obtain suitable finance.

1893 3rd Bridge over river built near Racecourse Hotel
The Chirnsides opened a butter factory near railway station. It was established as a co-operative producing high quality butter and cheese. Most was exported to England. Farmers received full value for their milk.

1898 Melbourne and Metropolitan Board of Works sewage farm opens.

1880’s -1890’s The Banking collapse and the Economic depression in Australia meant 1/3 workers unemployed. It was a period where growth was halted. Many were ruined. Big Holdings like Chirnsides property were under threat with land taxes,death duties and were forced to sell off land. After Andrew Chirnside died his 2 sons inherited and began to sell off the land and introduce tenant farmers on their remaining land. This lead to the growth of farming with more people settling in the area from other parts of Victoria. With the establishment of The Metropolitan Board of Works farm on property also purchased from the Chirnsides, the population of Werribee once again grew.

In 1865 there were streets on both sides of the Werribee River. The names of the streets were as follows:

Deutgam Side - (The Railway Station Side of the Werribee River.)

The side of the river with the biggest population initially was the streets around the Racecourse Hotel(Armstrong's Bridge Inn)
Once the station was built, along with hotels on Watton Street, that side of the river became more populated and became the Central Business District (C.B.D.)

Before the building of the Sewage Farm, people used to call Melbourne Marvellous Smellbourne, because so much waste went into open drains and the Yarra river. See plans and read about the opening of the MMBW Sewage Scheme on the Public Records of Victoria website.