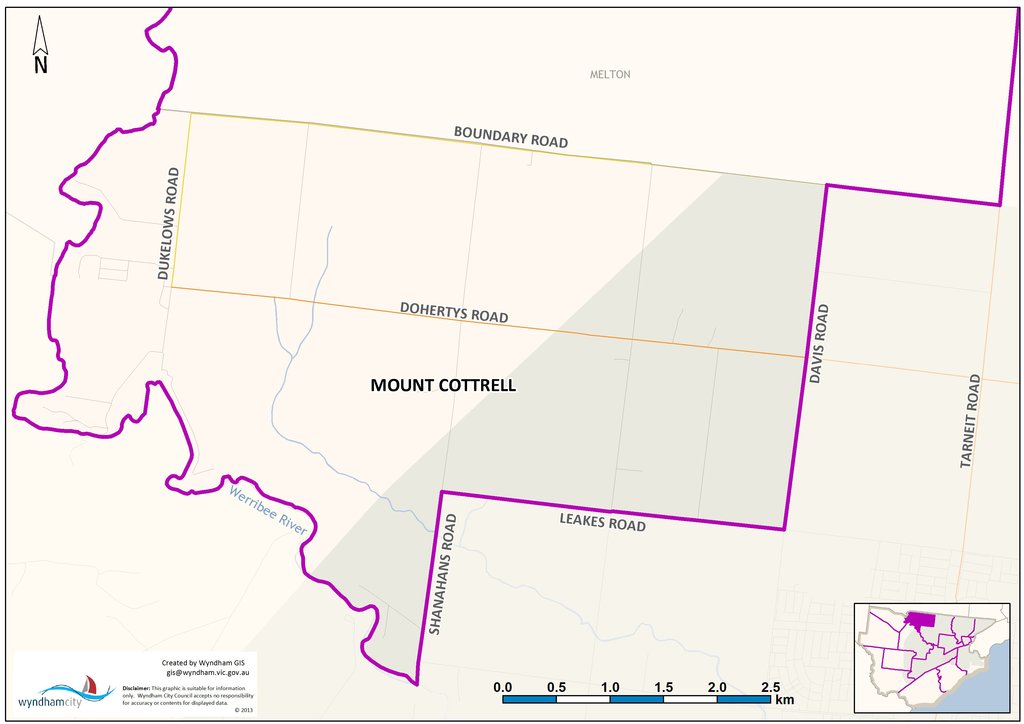 Mount Cottrell is named after Anthony Cottrell, former Chief Constable of Launceston and a member of John Batman’s Port Phillip Association.  Cottrell arrived in the colony in 1835 and took up allotment number 10 which stretched from the Yarra to the Werribee River with the extinct volcano in its south-western corner.

On surveyor John Helder Wedge’s map of the subdivision of allotments, drawn in 1835, Cottrell is spelt Cotterell. This misspelling was continued in the early Victorian Government Gazettes from 1865 until 1872 which embedded the misspelling.  There are several other listed spellings of the name: Cotterill, Cottrel and Cotteril which has caused a great deal of confusion over the years.  However, it seems that when Anthony Cottrell died in 1874, death notices used the spelling Cottrell.  This is likely to have reflected his own spelling.  Some local landholders still used the original spelling of Cotterell that had been uses by their families for generations.  The volcanic plug is today named Cottrell.

John Batman named Mount Cottrell when he stood atop Station Peak, near Geelong on 31 May 1835.  It is one of the few 'effusive' volcanic plugs that are still in evidence on the western plains indicated by a rosette of lava flows.  In the early days of settlement the area was heavily timbered with big grey box trees.  A voracious appetite for firewood in the late 1880s saw the forests almost totally cleaned-out by timber-cutters and saw-millers who sent loads of firewood to Melbourne every day by train.  The district itself has only ever had a small population.

Although only half-an-hour’s drive from the City of Melbourne and a short distance from Werribee, Mount Cottrell is not an easy place to get to.  Un-made roads and a difficult crossing of the Western Freeway keep Mount Cottrell isolated from too much passing traffic but new housing developments are beginning to carve up the gently rolling landscape around the foot of the little mount.

Mount Cottrell was acquired by the Melton Shire in 2007 and is now reserved as a place of geological interest and a flora and fauna conservation area.

The district has only ever had a small population.  Mount Cottrell's Post Office, first opened in 1866 was closed again in 1895.  It opened again in 1902 and closed again in 1950.  Today suburban development, designed to capture something of a rural lifestyle in changing the profile of the area.