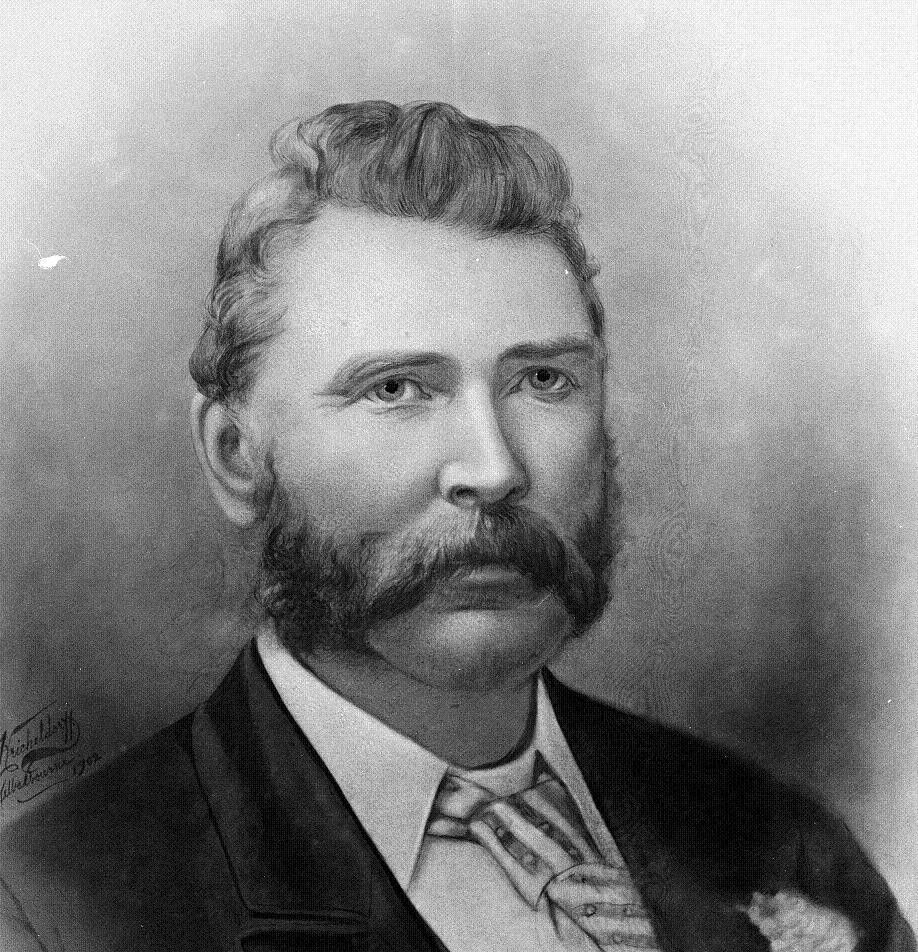 Patrick Kelly was a farmer who spent the majority of his life in Werribee (forty years), having landed from Ireland when quite young. He was a self-educated man, and filled some most important positions in the community.

He was president of the Shire of Wyndham from 1876-1878, 1878-1880, 1887-1888 and 1888-1894, and president of the Coburg Shire Council. Patrick Kelly was also at various times a magistrate, Board of Education member of Wyndham School No 619, a trustee of land for the Wyndham Catholic Church, a trustee of racecourse and recreation reserve at Wyndham, deputy registrar of births and deaths at Wyndham and a land classifier under the Land Tax Act. Patrick Kelly was the founder and popular president of St Patricks Society.

Patrick Kelly’s life had challenges carried out in the public eye. He was involved in a court case with Little River farmer, George Russel for prices he charged for the use of his harvester in cutting 61 acres of hay. He appears to have been a victim of the property crash of the 1890s as in 1894 he was declared insolvent, and his estate sequestered having liabilities of £37.021 and assets of only £14,401. He is reported as being too ill to attend his insolvency hearing, and worry over his business affairs was thought to have contributed to his death in 1895. His wife died three months before him. Patrick Kelly’s funeral was attended by a large number of people.

He was remembered as a most desirable man to have on a committee, as well as a person always willing to help people with their business transactions for no cost.